With features so visceral you want to reach out and touch them, the 3-D dollhouse that will come to life as Drake’s Canadian palace feels like the custom house you always wanted on “The Sims” but never had the fake money to build ($35 million, to be exact). Savvy video gamers will soon be searching for the Drizzy Manor cheat code.

The celebrity listing is just one of more than 20,000 new construction residential properties listed on BuzzBuzzHome.

The 3-D floor plan for Drake’s mansion is The Sims home you never had the fake money to build.

Scheduled for a 2017 completion, Drake’s proposed 18th-century French-style mansion will bring the rapper back to his homeland in a place he’s sure to stay in comfort — Toronto’s upscale luxury lane of neighborhoods known as Bridle Path.

Amassing 21,000 square feet, the property is slated to feature five bedrooms, a 44-by-94 foot basketball court, an indoor pool, piano room and separate areas for chilled wine (no doubt rosé) and champagne. So pretty much all the essentials. 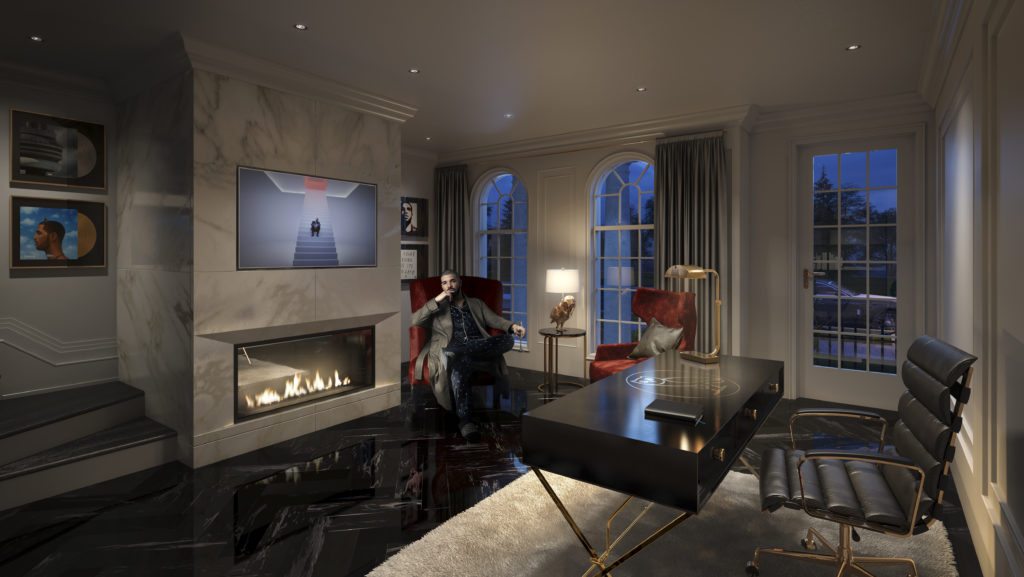 While BuzzBuzzHome created a gallery of 3-D images that depict the home’s interior floor plan, the image above was made possible by the team of visualization experts at Norm Li, a company that specializes in new construction graphics.

The realistic rendering portrays more than space and shapes, though it is not a direct replica from the original black lines. Norm Li took some “creative control,” said BuzzBuzzHome President Matthew Slutsky. Indeed, the artistic take captures different shades of light and the famous hip-hop artist’s imaginably swanky lifestyle. 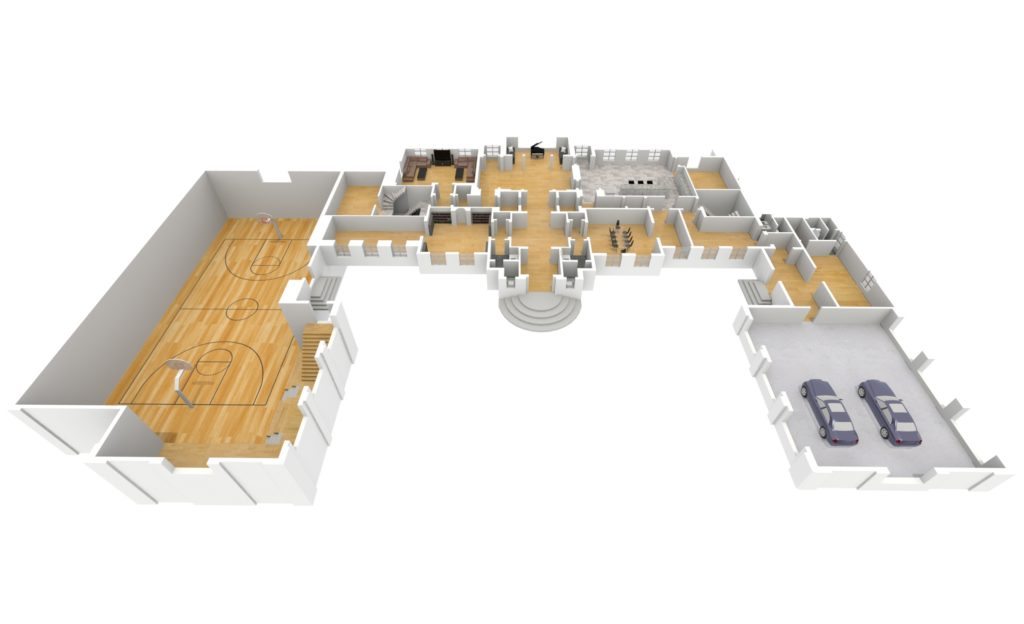 The new pad is currently in preconstruction and will be built from the ground up with the help of luxury architect and interior designer Ferris Rafauli, who also made the rapper’s ultimate sports enthusiast lounge a reality.

Indulging in a $35 million price tag, Drake appears to be putting even more space between “the bottom” and “here.” (His Yorkshire, Toronto-based condo sold for $3.75 million in 2013.) 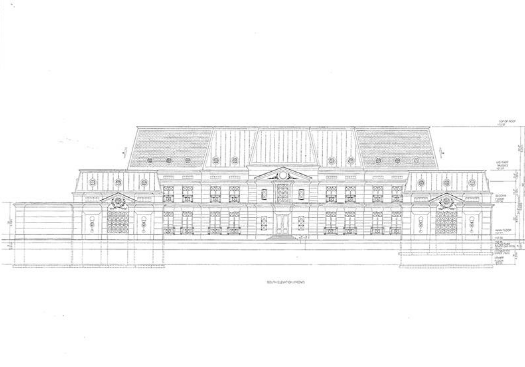 Visually rich property listings for all

Though only select properties receive the Norm Li treatment on BuzzBuzzHome, the graphic design firm will be releasing a new rendered home image for the site every few weeks (about as long as it takes to create one). In addition, BuzzBuzzHome is working to scale its commitment to 3-D floor plans. 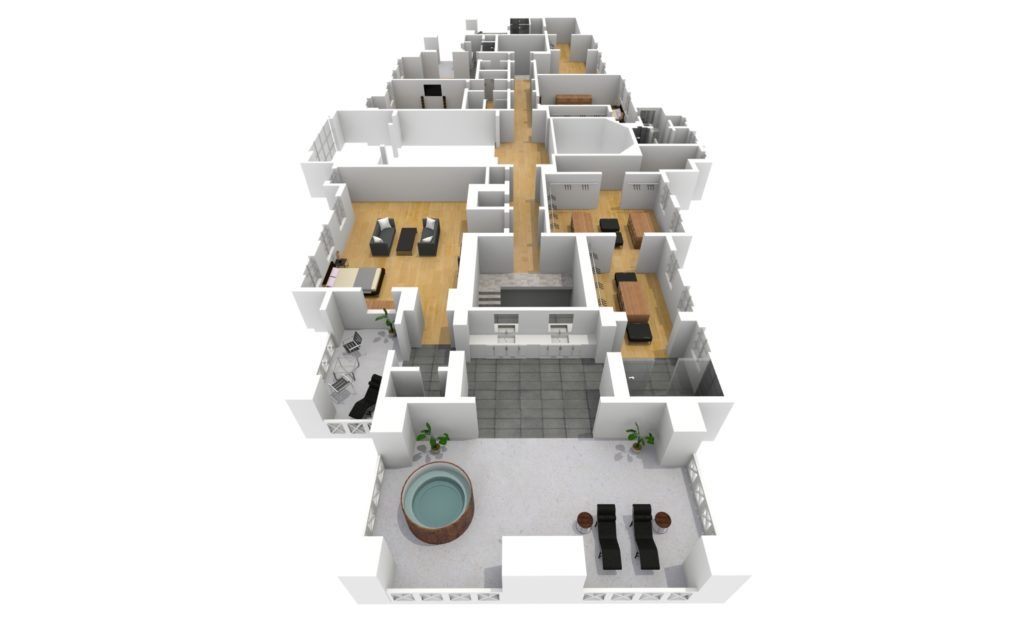 Right now, builders can email Slutsky to request the 3-D versions. But the company’s end goal is to automate the 2-D to 3-D transformation so that the process can accommodate the evolution of 400,000-plus floor plans.

Along with an inventory management system for builders and instant home deposit feature, the company’s dollhouse layouts are new additions this year and make BuzzBuzzHome the first search portal in North America to display standardized 3-D floor plans for residential construction.

@BuzzBuzzHome is scaling its commitment to 3-D floor plans.

What’s the advantage? The company says 3-D gives furniture and appliances a sense of scale that flat outlines fail to capture. The format displays a home’s imagined layout as a cross-section, or the shape you get when cutting straight through an object.

“Homes are three-dimensional. The typical floor plan is not,” BuzzBuzzHome said in a press release. “That’s a big difference, especially for those shopping around for a new-construction home, which in many cases won’t be completed at the time of purchase.”

The 3-D plans aren’t just for celebrity listings. Other newly posted 3-D layouts include Toronto condominiums by Pinnacle International and Cityzen. Despite the absence of real photos, future residents can picture amenities in great detail. It’s one thing to add “cinema room” to a laundry list of features; it’s another to show the types of films that will play without writing another word. 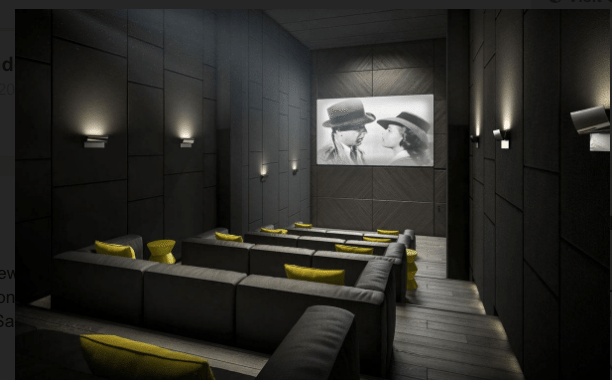 Making over hundreds of thousands of 2-D formats is sure to be a monstrous task, but as Drake would say, YOLO (you only live once) — it might as well be in 3-D.