How have Houston rents changed since 1980?

With rents rising in cities and states across the U.S., many renters struggle with affordability. In Miami, Los Angeles and Orlando, for example, more than 55 percent of renters were cost-burdened in 2014, spending more than 30 percent of their income on rent. Rents have moderated recently in expensive metros like San Francisco and New York City, but continue to climb rapidly in Dallas, Seattle and Denver. 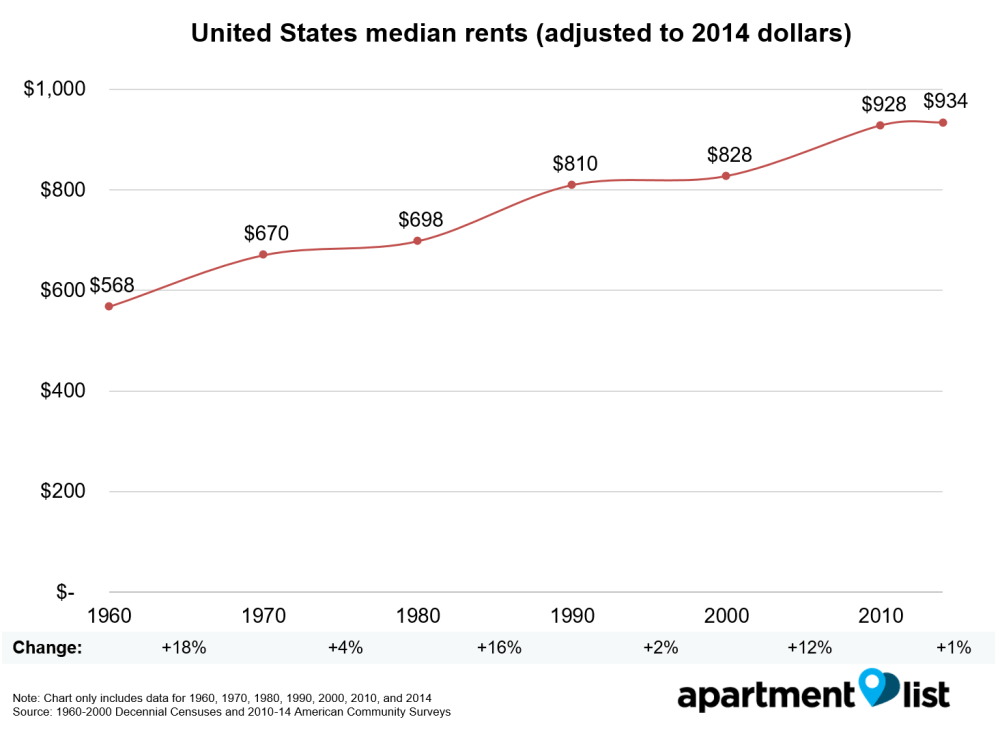 To better understand how rents and affordability have changed over time, Apartment List analyzed Census data from 1960 to 2014. It found inflation-adjusted rents have risen 64 percent, but real household incomes only increased 18 percent. The situation was particularly challenging from 2000 – 2010, when household incomes actually fell by 9 percent while rents rose by 18 percent. As a result, the share of cost-burdened renters nationwide more than doubled, from 24 percent in 1960 to 49 percent in 2014.

These trends are repeated in cities and states across the country. Since 1980, incomes in expensive areas like Washington D.C., Boston, and San Francisco have risen rapidly, but rents have increased roughly twice as fast. In Houston, Detroit and Indianapolis, incomes have actually fallen in real terms, while rents have risen by 15-25 percent. The only urban areas where incomes kept pace with rising rents were Austin, Las Vegas and Phoenix. 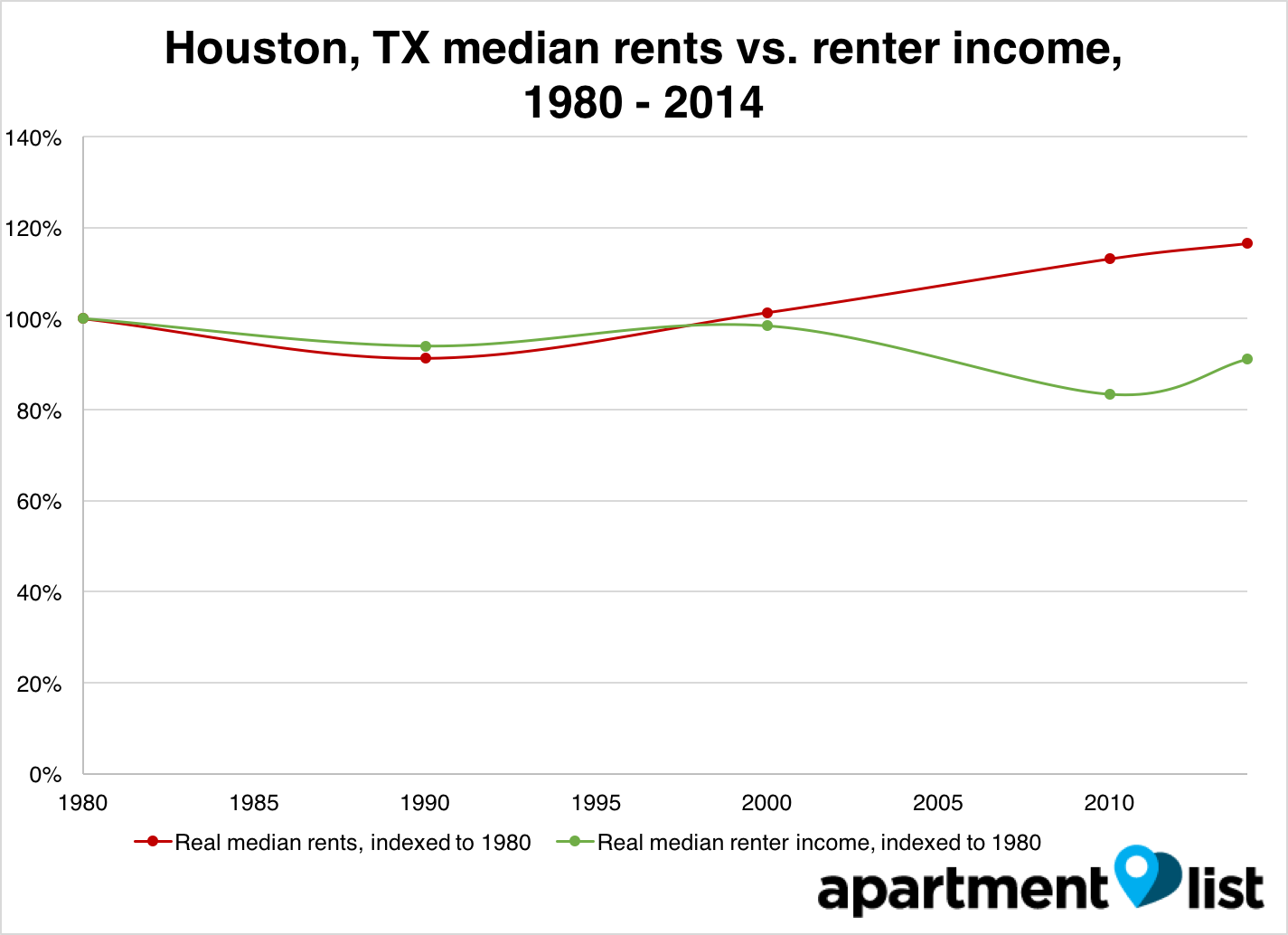 Let’s dive into the results of Houston rents, specifically. From 1980-1990, both rents and incomes decreased, with rents falling 9 percent and incomes lagging 6 percent. From that point onward, rents began to steadily increase while incomes went through cycles of rising and falling. By 2014, rents had increased by 16 percent, but incomes had decreased by 9 percent.