Apartment List recently released the July rent report for Houston. The city continues to be one of Texas’ most affordable for renters, with year-over-year rent growth at a slower pace than both national and state averages. 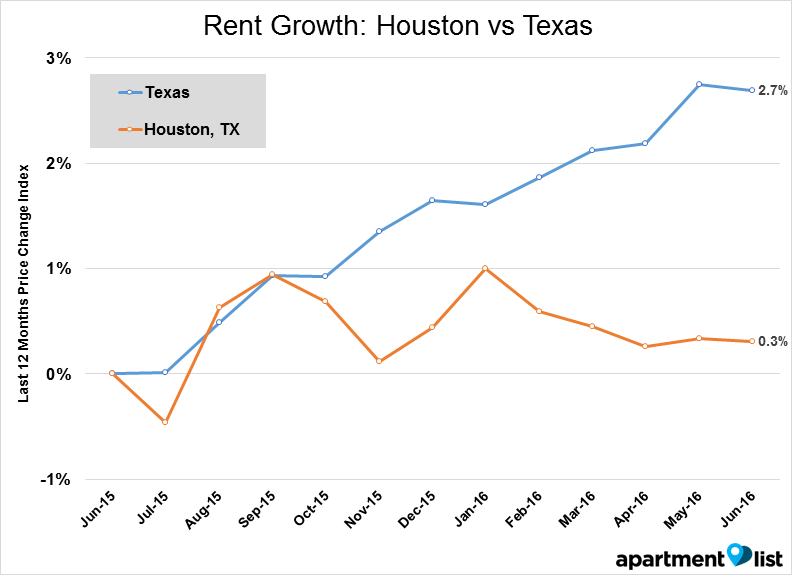 Rents in Houston stayed flat in June, with median rent prices for a two-bedroom at $1,540 and $1,200 for a one-bedroom. Overall, Houston rents have only increased by 0.3 percent since June 2015, compared to a statewide growth of 2.7 percent over the same time period.

Sugar Land is the second most expensive city in the metro 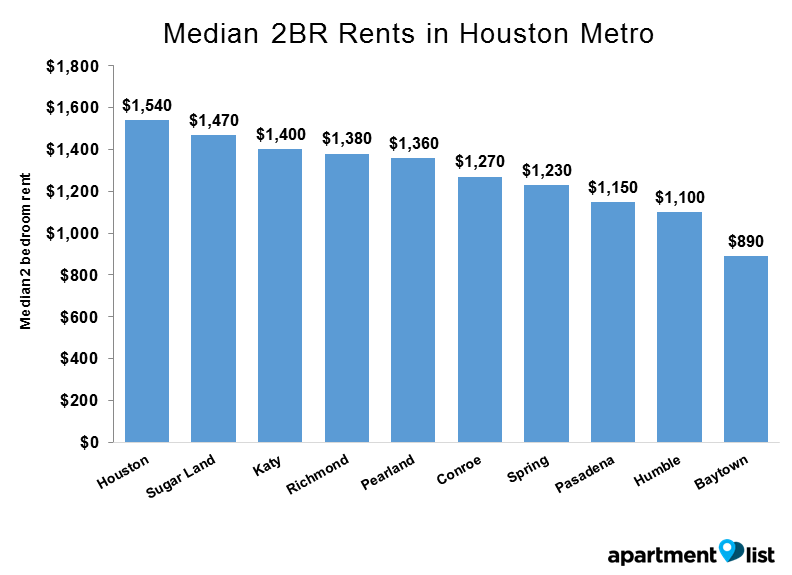 Houston two-bedroom apartments have a median rent price of $1,540 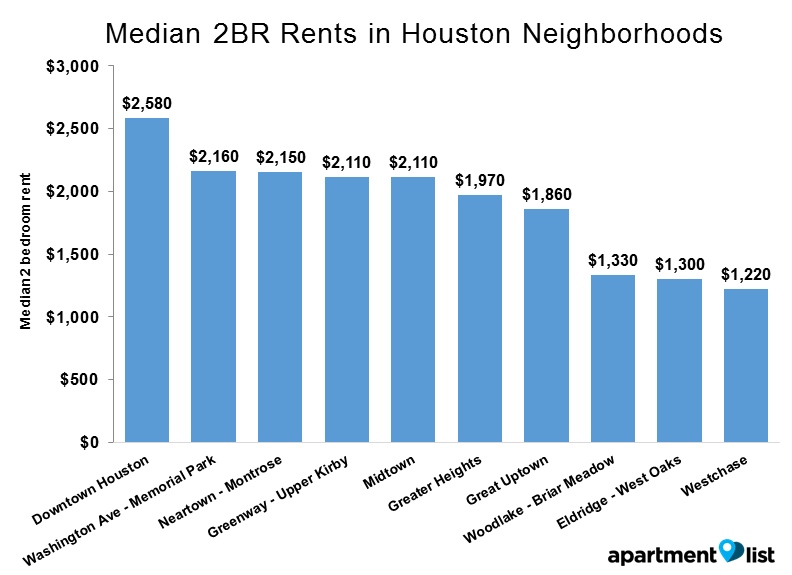 For methodology and data for other neighborhoods in Houston, see Apartment List’s full report here.