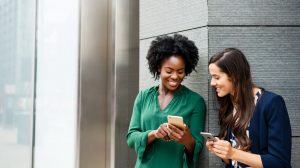 Have suggestions for products that you’d like to see reviewed by our real estate technology expert? Email Craig Rowe.

AgentPortal is an agent-only online community for referral business and technology resources.

This is a great deal like Facebook, and if you’re part of a carefully monitored and insightful group, you might find AgentPortal redundant. Also, with a number of free technologies in the roadmap, it’s tough to determine what AgentPortal is trying to be.

What you should know

The founders of AgentPortal are all about the agent. In fact, the only thing it wants to disrupt is the increasingly well-funded proptech industry.

Like many others who have sought their own form of technology resource, Joshua Miller and David Melvin believe that agents deserve better than what they consider high-priced technology providers and poorly monitored social media groups.

Launched on Feb. 14, AgentPortal is, in essence, a social media tool for real estate agents, not unlike Places. It looks and acts a great deal like Facebook, but is centered on groups, not the open-channel, consumer-facing model of its model network.

Members can create and form groups for people who use the CRM LionDesk, or sell luxury homes in Chicago. Groups can be launched for new agents, teams or eXp agents who work in a specific ZIP code.

There’s a news feed, in-group messaging, and a marketplace for posting and marketing listings.

Individual agents can create their own page for sharing with colleagues within their groups and as referral promotion.

The news feed and group pages are nicely designed for interactivity, cleanly communicating group headings and making features easy to find and use.

Event groups can be created, which is ideal for localized gatherings, trainings, and rounding up all your colleagues headed to, say, Inman Connect.

Also, agents can get a free digital business card after joining, which is essentially a micro-website with your headshot and professional details. It can be texted directly to new contacts.

Groups can be branded, too, meaning tech vendors and service providers can keep their names front and center.

However, I can see how agents might be wary of such advertising products as sponsored posts or third-party facilitated discussion topics.

Granted, this is only a theory of mine based on the company’s business model, which, if designed to scale, are options Miller and Melvin will have to consider. Eventually, advertisers are going to find their way in.

The two founders want AgentPortal to become a “safe space” for agents, and a tool for sharing and communicating that’s better managed than a Facebook group. The founders believe most networking groups on the social media giant are poorly overseen, leading to disinterest and non-industry related threads.

While that does happen, Facebook is in a monster push for its groups feature, as evidenced by its recent Super Bowl commercial. That could suggest the company will continue to implement better management tools, find ways to keep group admins active and continually advertise to users about which groups they might like to join.

Oddly enough, I find AgentPortal’s rule not to snuff out redundant groups at odds with its mission to provide well-run, carefully managed discussion groups.

There’s no quicker way for a single topic to run its course than it being discussed in multiple rooms. Such a model disintermediates the hive mentality online groups are supposed to promote.

When asked about that, AgentPortal said that each group ends up mentioned in the general news feed to make everyone aware it’s been created, but I don’t think that solves the splintered discussion problem.

However, AgentPortal could win over users with its free services menu. The company is developing a CRM (customer relationship management), landing page products and website design for members — all free.

The landing pages and websites will be AgentPortal’s primary consumer-facing products for members.

The CRM is promising to have email campaigns (which it calls Sequences), contact management, lead-capture forms and a calendar tool that will function much like Calendly.

AgentPortal will also offer members — again for free — buyer and seller leads. On a first-come, first-serve basis depending on location, leads will be dropped into the site’s news feed for users to claim.

When pressed on the source and quality of these leads, AgentPortal’s Joshua Miller ensured me that he sold lead-finding algorithm to an industry player and that after two years of cooperating with a non-compete agreement he can offer his technology to his new customers.

The company is also working on its own app.

Being in business to help fellow agents is very much appreciated in this column, and it’s been done to varying degrees of success.

There’s no doubt great passion and tech-savvy are the drive behind AgentPortal, as well as plenty of altruism — these guys want to support real estate agents.

My concern rests with the company’s ability to maintain this open-minded financial model in the face of scale as well its overarching product space. Is it a solutions provider or a social network?

Sure, I’ve seen plenty of companies that merely see this industry as a revenue source. But I’ve seen many more that want to see it succeed.

Have a technology product you would like to discuss? Email Craig Rowe