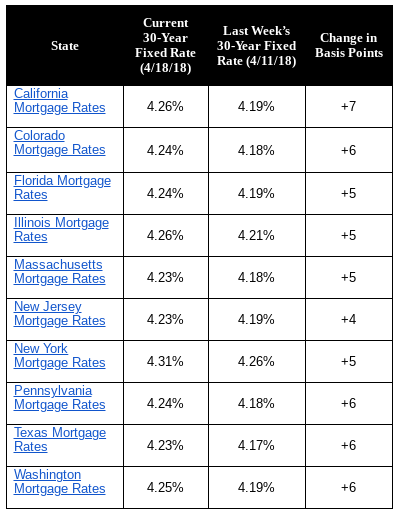 “Mortgage rates increased last week as the prospect of an expanded conflict in the Middle East flared up around military strikes in Syria, but retreated as a broader conflict failed to materialize,” said Aaron Terrazas, senior economist at Zillow.

“Geopolitical headlines have temporarily seized markets’ attention – and could do so again this week – but the underlying macroeconomic fundamentals continue to point to a relatively strong U.S. economy and gradually rising rates over the coming months. 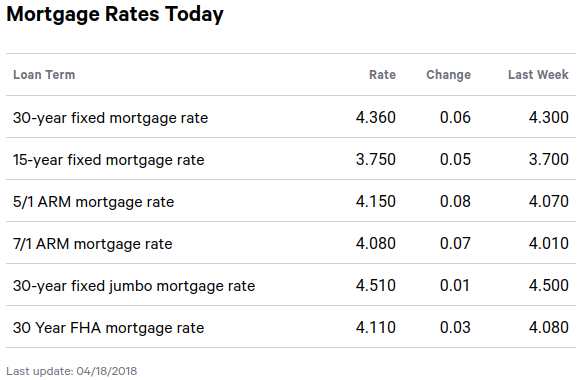