One fresh, futuristic development among the Miami skyline’s scattered new development plans is the breathtaking SkyRise Miami tower, set to stand 1,000 feet tall on the shores of Biscayne Bay.

The high-rise will include an observatory space, thrill rides and dining options, along with family-friendly attractions for all ages. Developer Jeff Berkowitz is leading the project, slated for completion in 2020.

Skyrise Miami would be Florida’s tallest building and is slated for completion in 2020. 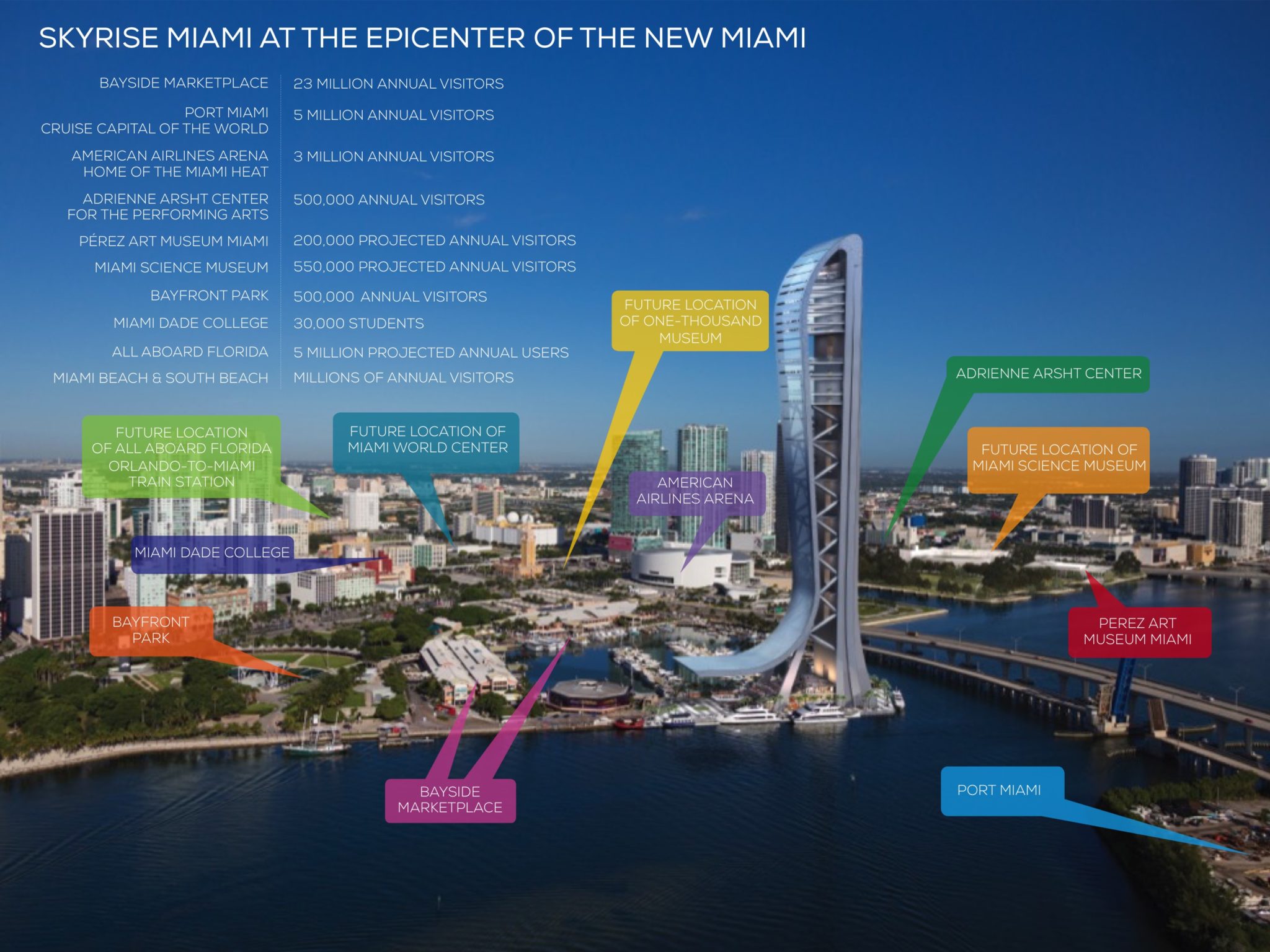 Partnering with Berkowitz, Legends, a global solution provider for the sports and entertainment industry, is overseeing the development. Legends is responsible for marketing, sales and management along with coordinating guest communications and food services for SkyRise Miami.

Shervin Mirhashemi, president of Legends, says SkyRise Miami will become a ‘symbol of the New Miami’ given its iconic appearance and exhilarating facilities.

“As the SkyRise structure takes its place on the city skyline, we look forward to bringing our expertise to the ongoing development, and helping to create an experience that will provide a new way for visitors to view Miami and its surrounding area,” Mirhasemi said in a statement.

Legends has directed two other observatory spaces – One World Trade Center in New York City, opened in May 2015, and OUE Skyspace in Los Angeles, set to open at the end of June. Owned by the New York Yankees and Dallas Cowboys, the company has also worked with various sports teams and events. 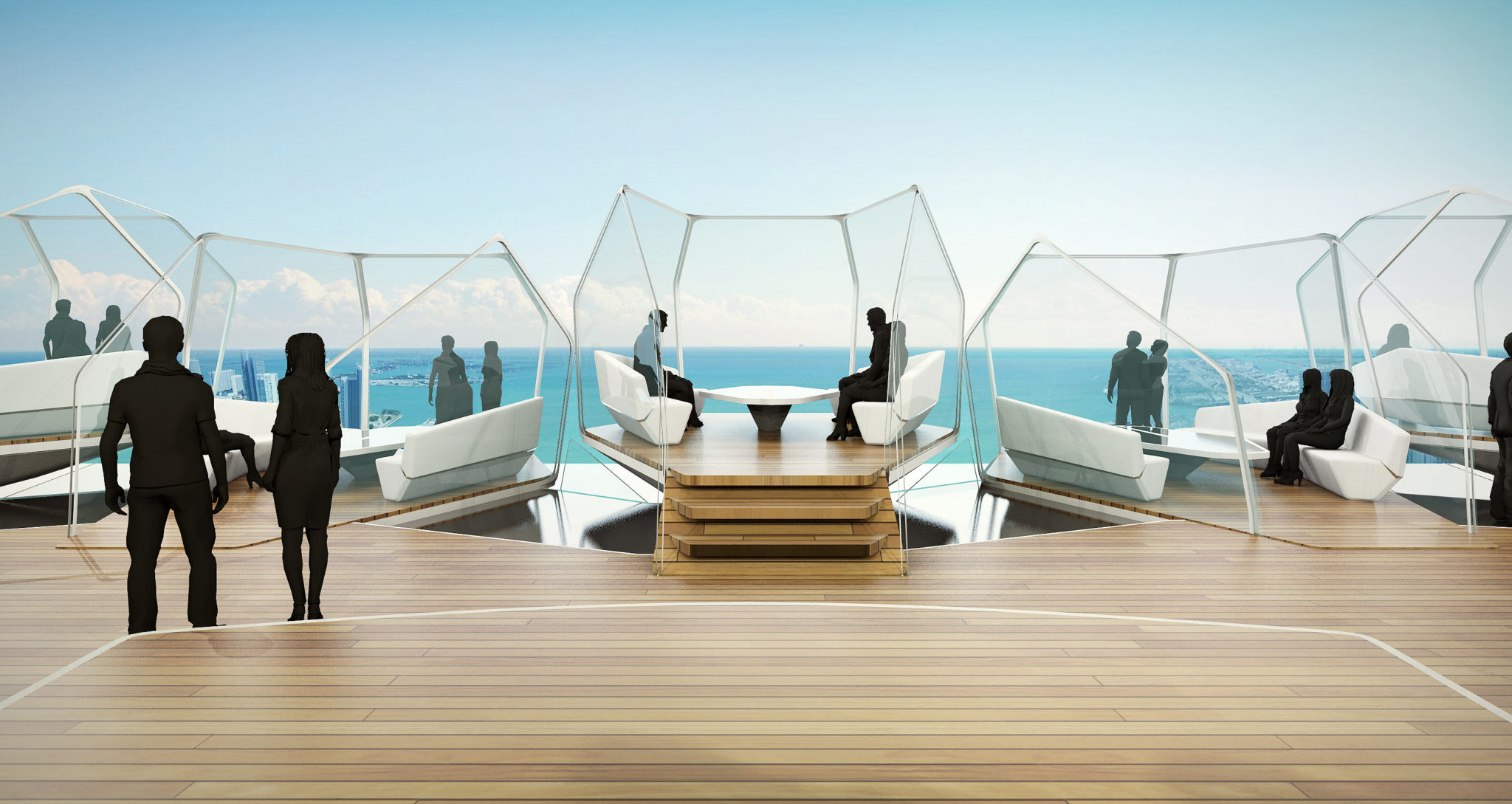 “We are confident that Legends, well-known for its best-in-class business acumen, will serve our project well in the years ahead,” Berkowitz said in a statement. “This partnership is a win-win for all involved, and we look forward to bringing a high-quality iconic attraction to the South Florida community and its millions of visitors.”